Double Selfie is a ‘mockumentary with a heart,’ a buddy film meets “Borat,” set in unforgettable locations in and around Jerusalem. It brings together the intense real world of the Holy Land, with unforgettable acting, characters and imagined situations. Much of the production (in Hebrew, Arabic, and English) will be high energy improvisation - actors thinking and risking on their feet, in locations both public and private.

Maryam Abdulazziz and Sara Goldstein are thoroughly modern residents of Jerusalem. Both have just turned 30 y.o. - Maryam, a Muslim, and Sara, a Jew - and both are now rediscovering their religious roots. Both recently decided to wear head coverings - stylish print hijab on Maryam, and “mitpachat” head scarf on Sara. When not on Facebook or going to Jerusalem music clubs, in our opening scene they are at their mutual Ground Zero: Sara praying at the Kotel, Maryam up above at Al Aqsa. 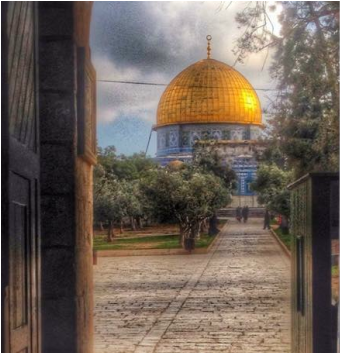 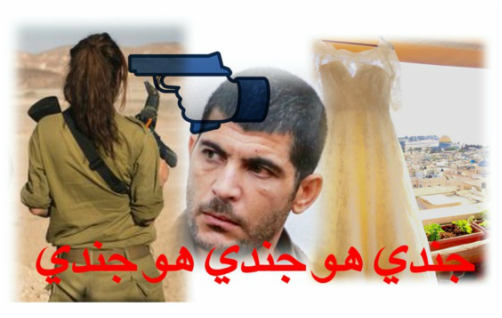 The women send nasty messages back and forth. But finally, they eventually make up, laughing at a suggestive French cartoon Maryam uploads, of a wrinkly old rabbi and imam together: “Men - they’re all freaking gay.” “Yep - or terrified of being gay.”

The next day they meet in Sara’s apartment, in West Jerusalem (the Jewish side of Jerusalem). Friends again, they playfully decide to trade their stylish head coverings: they slowly unwrap their coverings, revealing for the first time (to us and to each other) their hair. Big grins. Then they cover their hair again, wearing each other’s cloth wraps.

And the next Selfie Challenge, with a (real) rabbi now: Get him to take that serious hed covering off and wear something different for a change. And they know exactly what they want him to wear: Maryam has the biggest, most flowery women's summer hat in the world: "Talk about the gay look!" they joke.

Success after success. The day after they whiz through Challenge #8, they both get an email: Congrats - you have reached the Semifinals! Five pairs of contestants will be given 2 round-trip tickets to New York City. That’s right - you will have exactly twenty four hours to take the most daring, unforgettable Double Selfie you can think of - anywhere in the Big Apple.

Sitting eating hummus, the women scratch their heads on this one. Wow. Sara grew up in New York, Maryam has never been to the United States. While on that long 12-hour flight, they brainstorm: In front of Lady Liberty? Something wild in Times Square? Empire State Building? They arrive in Manhattan and exploring the busy streets, they realize: No, not at all. The time is right for a double selfie in front of that evil Tower of Trump: the two women in a big hug - wearing special headgear. ​ 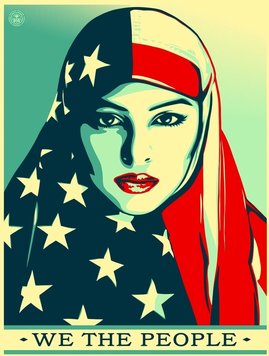