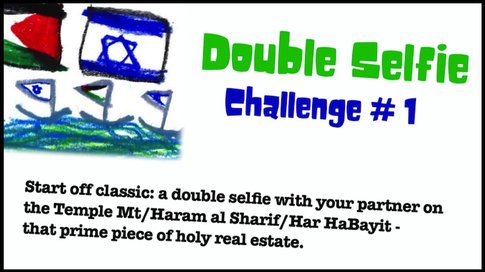 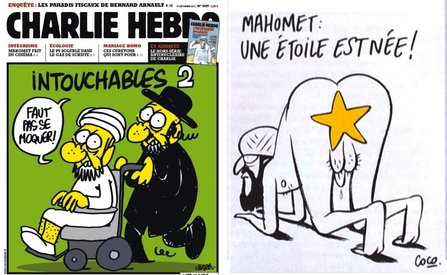 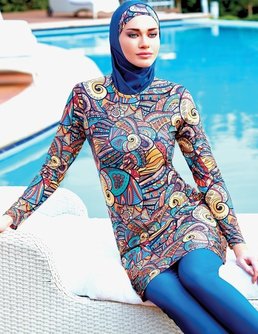 Success after success. A couple days after they return from Tel Aviv, they get an email: Congrats - you have reached the Semifinals! Five pairs of contestants will be given two round-trip tickets to New York City. That’s right - you will have exactly twenty four hours to take the most daring, unforgettable Double Selfie you can think of - anywhere in the Big Apple.
​
Sitting eating hummus, the women scratch their heads on this one. Wow. Sara grew up in New York, Maryam has never been to the United States. While on that long 12-hour flight, they brainstorm: In front of Lady Liberty? Something wild in Times Square? Empire State Building? They arrive in Manhattan and exploring the busy streets, they realize: No, not at all. The time is right for a double selfie in front of that evil Tower of Trump: the two women in a big hug - wearing special head gear. ​ They prod the (real) policeman there, “I’m Muslim and she’s Jewish, we’re getting married and want to deliver Donald an invitation to our wedding - just joking!” And they may just (really) get arrested during this selfie. 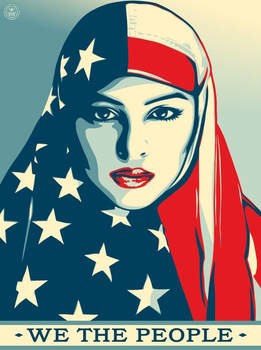 And a day later, they return to Israstine: will their making up after all those knock-down fights pay off? Will their bonds as women overcome their conflicts over the big mess in "Israstine"? Will they be able to delay Maryam’s family’s demolition order long enough to rise to the indescribable Final Challenge? - where they have to return to the Temple Mount/Al Aqsa, and take a final selfie....while they do what in that holy place?!