A feature documentary impact film project
“Green Rebel – the Adventures of Kaptain Sunshine” is an Israel/Africa story. It will follow the visionary struggles of Yossi Abramowitz, a.k.a. “Kaptain Sunshine,” to provide real, on the ground solutions to both global climate change, and to inequality in Africa. In the Jewish tradition, it’s called tikkun olam (“healing the world”).
​ 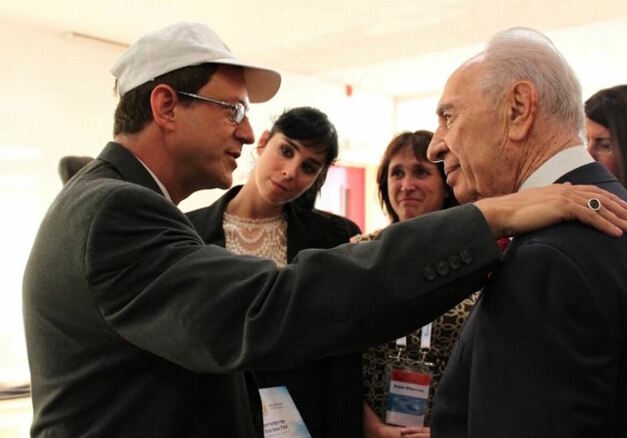 ​Abramowitz and his family immigrated to Israel in 2006, and soon after, Arava Power, his first Israeli solar energy company, inked the first deal to sell solar-generated electricity to Israel’s electric grid. His vision? For Israel to be a “sustainable Light unto the Nations.” Kaptain Sunshine had arrived.
​ 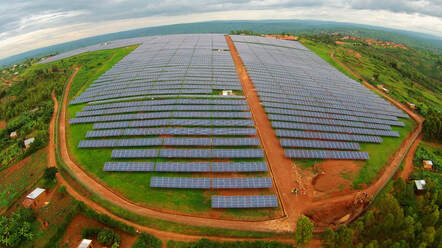 Rwanda solar field
A few years later, Abramowitz's company finished the first commercial scale solar field in sub-Saharan Africa (in Rwanda) – it now supplies 6% of the nation’s energy needs. Touchingly, it is situated in Agohozo Youth Village (which benefits from the sale of electricity), where several hundred orphans of Rwanda’s own genocidal war study and live.
​ 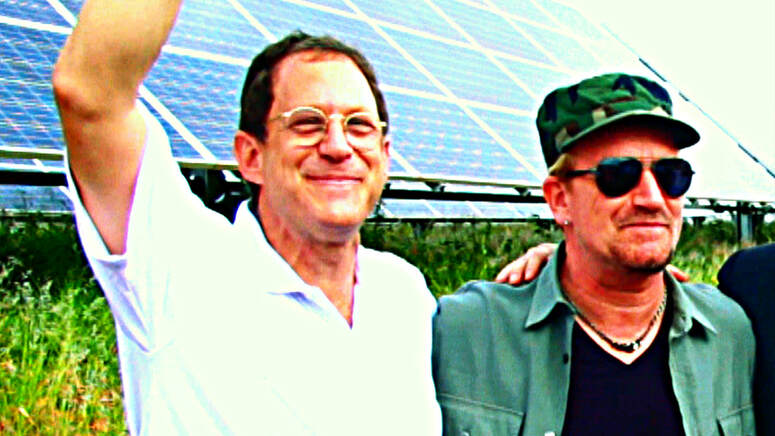 With Bono at the Rwanda solar field, 2015
​We have been filming Abramowitz’s adventures for several months, and have exclusive filming access to all of his future activities. We are now entering a critical phase in documenting his story: Abramowitz’s Jerusalem company is struggling to sign deals with 10 additional African countries for solar fields and wind turbines (everywhere from Burundi to Ethiopia to northern Nigeria). But can obstacles of government corruption, violence, terrorism, and entrenched energy interests be overcome – to help bring green electricity to more of Africa’s 600 million people without electricity, and to replace the highly polluting gas and coal electric plants planned by the greedy multinational petro interests?

About half of our story will be shot in Africa – showing Abramowitz in action, courting allies there by appealing to common spiritual/religious values. We will also feature local supporting characters, such as a mother struggling, like mothers everywhere, to feed her children and keep them happy and healthy in such primitive conditions – how might her life be affected by a simple thing like the arrival of electricity?
​ 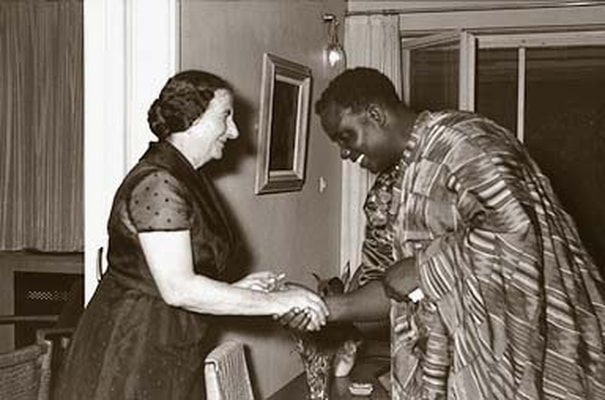 Golda Meir visited five African countries, in 1958, and she later wrote:  “Independence had come to us, as it was coming to Africa, not served up on a silver platter, but after years of struggle.” Fast forward to 2018: Africa boasts 11 out of the 20 fastest-growing economies on the planet, has 700 million cell phones, and its billion-plus population will double by 2050. Abramowitz and his investors are betting they can do good, and be successful.
​ 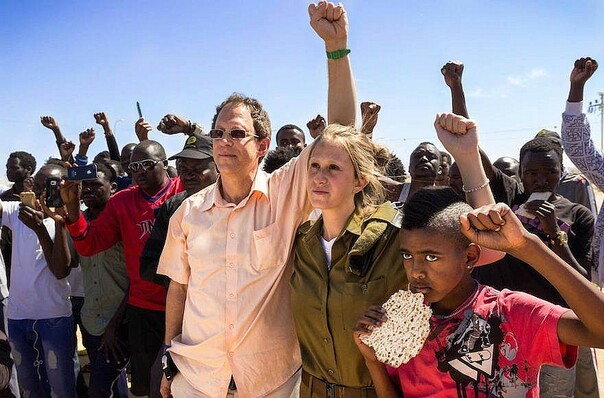 Abramowitz with two of his children, at a Passover seder at Holot Detention Center for African asylum seekers
​At home in Israel, Abramowitz and his wife’s children include two adopted Ethiopian sons. Recently, his family has joined the fight against African refugees being deported from Israel. Abramowitz, always thinking outside the box, suggests that, instead of the refugees being sent back to their war-torn countries, Holot Detention Center should be converted to a training center for them in the latest Israeli water, agricultural and green energy technologies. (An additional supporting character will be Yossi’s wife, Rabbi Susan Silverman – “Green Rebel” director Stein documented her well-known struggle for women to be able to pray at the Western Wall).

Can Abramowitz ruthlessly promote his solar energy company, working with the power brokers of his world (from Trump and Netanyahu, to assorted African leaders and ex-dictators) – and still maintain his goal, as he simply calls it, of “doing good”?
​
Movies are one of our universal languages, and "Green Rebel" has the unique potential to inspire and catalyze large audiences to social change.  Besides theatrical distribution, our Impact Team is planning an "impact screening tour": over 100 screening/discussions in synagogues and churches, NGOs, businesses and conferences. And just like Abramowitz's work itself, our story can put the shine back on Israel's name as a nation that cares for its neighbors and for making a better world.