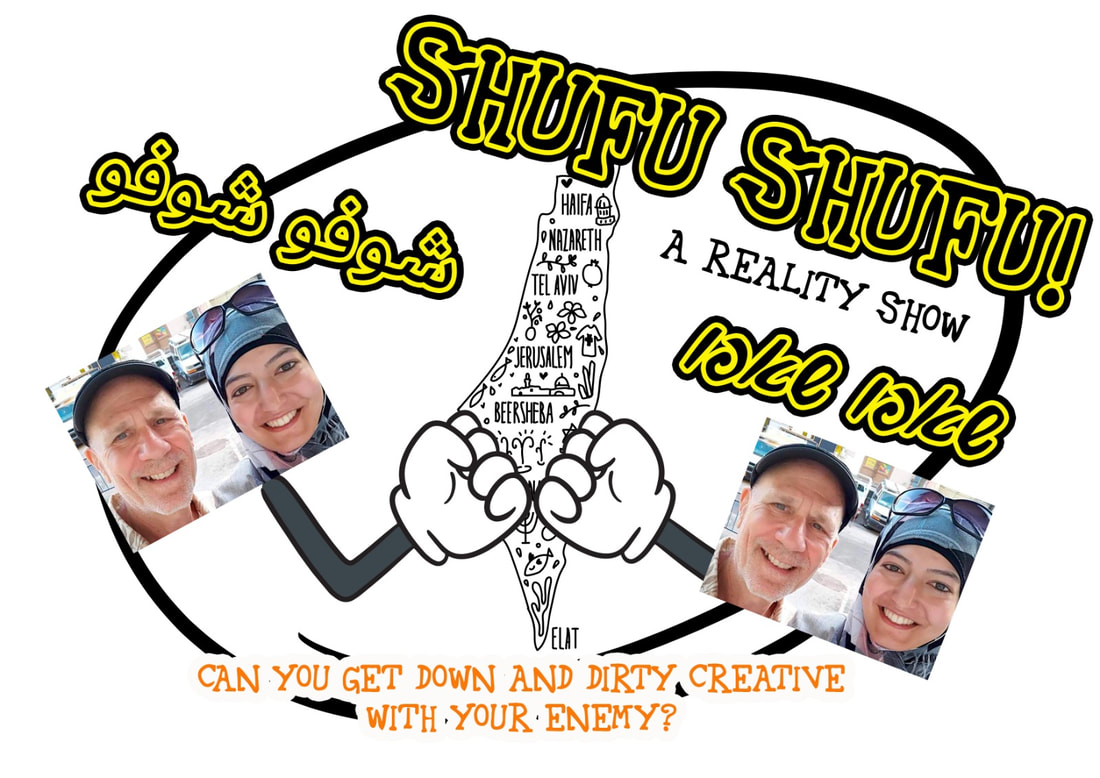 Contestants will be chosen from throughout Israel: including from the Jerusalem area (including East Jerusalem), Tel Aviv and Central Israel, the Negev and the Galilee.

Rahat is in the house!

Haifa is in the house!

Nazareth is in the house!

Herzliya is in the house!

Your contribution will help us reach our goal of $20,000 to continue planning and shooting our “Shufu Shufu” pilot episode. Then with this pilot, we will approach producers and distributors in Los Angeles, Israel, and elsewhere to come on board to fund and produce the entire eight-episode season.

Everyone who contributes: will get early access to our pilot episode, as well as an invitation to an exclusive Zoom event soon with our director, crew, and contestants.
The impossible dilemma of Israel/Palestine: we believe that our Israeli/Palestinian conflict is an unequal conflict (and "Shufu Shufu" will not hestitate to show that): Palestinians/Arabs, whether they live in the West Bank or Israel, have a harder life than Jews, in a system that favors Jews. At the same time, we believe that healing can only happen if we learn to experience each other as equals, at least for a few minutes: whatever side we’re on, we need to listen to the stories and the suffering of “the other side”.

And we need to learn to play:
Can you get down and dirty creative with your frenemy?
To find out more about how you or your community can become involved with "Shufu Shufu", or to contact us for any other reason (we are also looking for early "angel investors"), please email us: shufushufuvideo@gmail.com

THANKS - IT TAKES A VILLAGE TO CREATE A HIT TV SHOW!
Some of our team:

Ramez Kazmuz  (co-producer)
Ramez is an Arab-Israeli producer at Alarz Production Company based in Nazareth, and at Ehna TV. Alarz is the first & largest Arab-owned and operated broadcast production facility in Israel. Ehna TV promotes the establishment of an Arab cultural identity based on universal human values, social justice, and womens' rights. Ehna TV reaches a large and diverse audience throughout the Arab world.

Younes Samman (co-producer)
Younes is the Regional Coordinator for Palestinians at Clincierge. He has also worked with Pathways Institute for Negotiation Education, Sulha, and other changemaking groups in Israel/Palestine.

Challenge
an Israeli NGO dedicated to working on new methods of conflict resolution on social/educational/artistic levels. Mario Schejtman and Dora Bender of Challenge will be on our team.